After probably 20 years, I’ve finally finished my first book. It’s been on my Bucket List ever since I recognized the term. Already, in the last 2 months, I’ve published two novels and two novellas. They’re all on Amazon.com and Apple Books, all as eBooks, most at paperbacks. (Stay tuned for more formats.) Search for my name as author “William Altmann”. And visit the imprint page I’ve started with my son: https://www.altmann.haus. If you read any of my books, I’d really like to hear your feedback.

“Emperor First” and “Emperor Second” are political fiction. They will soon be followed by “Emperor Third”.

“The Mary Jane Gang” is becoming a series, with two now and one following soon, of lighthearted tales centered around a small group of nonagenarians on a residence facility in Arizona. Any resemblance to people living or dead is likely.

I’ve had a blast writing all this!

Work feels good. And it’s not just because it’s new, challenging technology. It reminds me of…

Back at work. It feels good. It feels normal.
Somehow, a lot of my life’s track has been to stay in the groove.
The groove of working on a career, in a field with my experience, bringing home the bacon (pardon the mixed metaphors), and balancing life.
Ironically, I’ve come full circle.
I started my engineering career at Eastman Kodak Company.
Now I’m working at a phenomenal camera company, Light.


I’ve been reading a few scientific articles related to my new job. It’s amazing to see the engineering (and scientific) efforts devoted to enlivening a field that’s mostly remained unchanged for 150 years!

Yes, engineer can be exciting.

Addendum #1: Interesting how others have tried to make a slim camera as good and portable as an SLR: Kodak Disc Camera 4000 (ca. 1982) 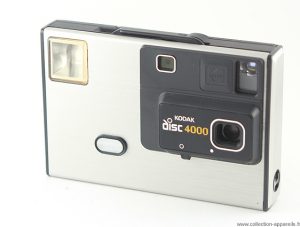 According to my sources, the original, lab samples of the film duplicated the quality of SLR photos, Kodak having solved the problem of making extremely small grains. But apparently it was terribly hard to manufacture, and so the pictures were not what people expected. So, back to the drawing board.

Addendum #2: This arrived in the mail yesterday. $5 on eBay!

Nice little collection starting. I hope it doesn’t get out of control.

Macros are fun. Having the right macro – especially one you’ve struggled to write yourself – is like a Get Out of Jail Free card. When the software you depend on doesn’t do what it claims to do, or what you need it to do, then sometimes a good macro will provide a way of escape.

Microsoft’s Visual Basic for Applications (VBA) is a good example.

END_OF_DOCUMENT_TOKEN_TO_BE_REPLACED

One of the most exciting days in my career was when I was awarded my first patent! It was a great confirmation of the thrill I feel at being faced with a problem, wrestling with it for days or weeks, and then coming up with a practical solution — and, in these cases, ones which no one else used before. Enjoy reading!

I’ve been awarded 10 unique U.S. Patents to date. The following list is pasted in from the USPTO Search Engine:

The project looked like it would be way behind schedule!

IBM was buying a piece of new test equipment from Oregon, but the delivery of that first unit was months behind schedule. The problem was the vendor’s software needed to run the tool. I was working in a memory chip characterization department, and we needed that new tester to get our job done on the next generation of RAM chips.

END_OF_DOCUMENT_TOKEN_TO_BE_REPLACED

When Silicon Image was still a small company, I worked directly for the VP of Sales. One day he came to me and asked if I could come up with a way to track upcoming design wins. Up to that point it had been done manually, through e-mails among the participants. There were few off-the-shelf tools back then, and no budget for a fancy database system, so he asked me – the only one adventurous enough to engage with Microsoft Office in serious terms!

I read and experimented, and ended up with some sophisticated Excel spreadsheets, with pivot tables, graphs and charts, and protected areas on worksheets.

The project expanded to include budget planning, equipment tracking, etc.

Eventually, when the company grew, a whole new set of real point tools came to us, along with a staff to do this tracking. I continued on with my Application Engineering job. But for the time when it was needed, I stepped up and learned a new tool set and delivered.

Earlier in my career I had been responsible for writing Data Sheets and Application Notes. My new position, working on MHL, involved writing and editing the specification and compliance test spec, each of which were several hundred pages long. And they had multiple contributors, and multiple iterations of edits, corrections, clarifications, re-writes, etc.

Microsoft had improved Word since the 1990s, but it still was not an out-of-the-box content management tool. The company had struggled to justify putting in place a real content management tool, and – at best – had installed a document repository. So, what was I to do to manage the changes and reviews and approvals for these massive documents?

The work I was doing in Word was already seen as ‘magic’ by most of my peers. They were terrific engineers, but had never been called on to master Word.

I thought back to work I had done in Visual Basic some years before. I read up on the macro usage and object-oriented structure of Word. And, working in spare time for a couple of weeks, developed some lengthy macros, and a style of tracking changes, that served the team well for over 5 years.

I used the same approach to partially automate checking for field names used throughout the compliance test specification, and to generate various versions of the form to be used by customers with that spec. I searched for, but never really found, the best tool to migrate such form automation from Office documents to XML or even to Wiki pages. This is a challenge for the next project.

In the midst of my certification program at SJSU, I had to take a course in multi-cultural issues. For the project, since I was not teaching in a conventional setting at the time, I chose to build a set of lessons around engineering material I had to teach on the job. After all, I was teaching many people – all engineers – for most of whom English was a second language. Not only that, but the style of teaching had to be adapted for that audience.

The training sessions went well, combining the technical material with some short stories, some humor, and a good dose of back-and-forth questioning. Questionnaires to the attendees showed later that they enjoyed it and absorbed the material.

This experience showed me how approaching technical engagement from a different point of view can make me more effective.

In a more general sense, I learned that I could approach technical training as a teaching opportunity, rather than simply “convey the engineering information”. The challenge was to make material interesting to an audience which included some experienced members and some with no background in the material. Usually the training was provided to the Applications Engineering team. The normal approach was to make a long series of PowerPoint slides, illustrated with excerpts from the Data Sheets or Specification, and then drone through the explanations.

I used the training I’d received at SJSU to “spice up” the training sessions. I brought props (including a 30 year old black-and-white TV), inserted stories and jokes, and fired questions at attendees throughout. I told them up front that there would be a quiz at the end (which there was), and then laughed when they all squirmed!

One result was feedback from the experienced apps engineers that they enjoyed the sessions even though the technical material was familiar to them. They appreciated that I provided time at the end for question and answer, and that I asked the audience “How would you apply this information with your customers?”

It would be great to be in the classroom again – up front, generating excitement!

In each phase of my career when I took on a program management role, I reached out to the experts on the team to learn more in-depth about their fields. When leading a multi-national effort on multi-chip modules, I had hours-long sessions with a senior engineer to refresh my memory about signal integrity and packaging issues. When pushing new standards for high-speed interconnect chips, I had many, many lessons from analog engineering about PLL design, and with digital engineering about encoding techniques, encryption, pipelining, etc. Most recently, leading a project to produce test equipment, I dug into the software design with the help of the programming team to discuss partitioning the code, overlays, call-backs, compiled versus open source issues, etc.

In all of these cases, my involvement as an engineer with each team went above being the program manager, and generated a lot of trust and confidence both for them and for myself.

END_OF_DOCUMENT_TOKEN_TO_BE_REPLACED

Faced with a problem at a server company, I came up with a solution which lead to a patent – my first! Not only was it gratifying to be creative in that way, but also to do so while in Sales, not in Engineering!

The company had been trying to solve the customer’s requirements with our current chip offering. There had been many meetings. I took the problem home with me in my head, and wrestled with it. I made some drawings, wrote up a brief description, and then presented it to the team. They critiqued it from a technical, risk, and cost point of view. It passed muster, and we presented it to the customer. It used only chips which we already had in production, and actually reduced the system cost for the customer.

I built a demonstration of the solution, using a series of our own PCB’s interconnected with cables. Unfortunately this customer had other issues with the program, so the idea never went to production.

But the company gained in reputation by providing a timely, creative solution. And I gained, on recommendation from a senior engineer, by filing for and being granted a patent!