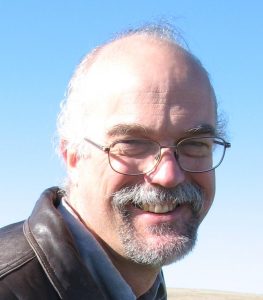 I’ve been an engineer now for a long time. I’ve been a hardware designer, a programmer, a writer, an instructor, a program manager, yes and even a people manager.

Outside of work, I enjoy hiking, biking, writing and generally having a great time with family and friends!

I was drawn to engineering because it means looking a problem in the eye and solving it! That was true in university, and it’s still true today.

My technical training is in electrical engineering, and I cut my teeth at some of the biggest companies at that time: General Electric and IBM. Before that (in the womb?) I was formed by my time as a co-op engineer at Kodak doing everything from bending electrical conduit and running wires, to using a drafting table, to designing with a schematic for their instant camera production line.

At General Electric, I managed two different departments at the same time (on two different floors of the building), while also being the lead engineer in both: component quality inspection, and customer service (called “Repair and Return”). It was an enlightening experience.

At IBM I progressed from test engineer, to system programmer, to subsystem designer, to program manager, to factory application engineer and finally to field application engineer. I learned that I enjoyed solving problems, especially with a customer face-to-face, so that the customer could implement the solution. That way we both won: I enjoying finding the solution. They enjoyed seeing it put into practice.

I jumped from the large corporate world to a startup, at Silicon Image, in 1998. Being a small team, I worked in many roles, but primarily as FAE covering North America and Europe. There were lots of customers, lots of documentation to write, lots of training to present, lots of time in planes. I loved it! I progressed to Worldwide FAE Manager and unofficial program management, and then to Technical Marketing where I was the lead technical writer for PC and CE chip products.

My last role at Silicon Image was as technical manager for their Mobile High-definition Link standard. I lead the technical team of five companies, edited and released more than 5 iteration of the MHL Spec and MHL CTS, and did a lot of internal program management in parallel. During that time I did not ease of on the “engineering problem solving”, but participated as a contributor to those specifications. In the process I filed many patent applications, and to date have been awarded 10 U.S. Patents.

I worked or a few months at Granite River Labs, catching them up on lab procedure documentation and other technical writing, as Technical Marketing Manager. It was fascinating to work with talented young people – some coming directly out of university – and to see their level of energy. It reminded me of lab days at IBM.

I worked for nearly 2 years as Technical Writer at Light Labs, who developed an exciting and innovative 16-camera system for prosumers. The team was a combination of young engineers and experienced engineers, many with intimidating advanced degrees. We’re worked together on the camera design, which takes me back to some of the things I saw and learned about at Eastman Kodak! Funny how things can come “full circle”!

Now, I am living in Austin, Texas, working a contract position as Technical Writer. Much of my efforts is in writing Provisional Patent Applications. You can find a few of the ones with my name as co-inventor by searching for on patents.google.com. To date, I have 13 granted patents.

On the side, I have been thoroughly enjoying a kind of new career as a fiction writer. I have several novels and novellas finished and published on Amazon.com. They’re not making me rich (yet!), but it’s been the fulfillment of a long-held dream.